LATEST NEWS!!! Fly from London to Lisbon, Valencia, Barcelona or Sicily for $40 with EasyJet.co.uk   Newark to London July $114

Fly to Europe for CheapCURRENT OFFERS FROM CANADA
TORONTO TO LONDON MAY $214
TORONTO TO LONDON JULY $235
TORONTO TO LONDON AUG $275
MONTREAL TO LONDON MAY $249
MONTREAL TO LONDON JULY $249CURRENT OFFERS FROM USAwith NorwegianNEW YORK TO LONDON $179
SFO TO PARIS - $229LOS ANGELES TO PARIS - $319CURRENT OFFERSLAS VEGAS TO MANCHESTER  JULY $322NEW YORK TO MANCHESTER $250NEW YORK TO LONDON MAY $137NEW YORK TO LONDON JUNE $221
SAN FRANCISCO TO LONDON AUG $153SAN FRANCISCO TO LONDON MAY $153You really can save $1,000 and more on your next flight to Europe. There are so many airlines competing for your business, if you are willing to be flexible, you can save a fortune. We just flew Las Vegas to London for $400 return! In the US, the cheapest flights to Europe are with NORWEGIAN AIRLINES. I just saw a flight from Boston for less than $150. But they offer really cheap prices from New York, Fort Lauderdale, Las Vegas, Los Angeles, Boston and Oakland.Book way ahead for the best deals. They don't do cheap last minute, the prices go up closer to the flight date. But if you can book 3 months ahead - you will find flights for under $200 each way from Jan to May, and Sept to Dec. You can even find deals in the summer months - often less than $350 each way! But there are fewer cheap seats in summer - so book way early!

Don't worry that you have never heard of them... Norwegian and Level use the latest fancy aircraft with in flight entertainment, extra leg room and mood lighting. But don't pay $40 plus for the food and drink. Take your own on board. And, no need to pay to reserve a specific seat. If you show up 3 hours before the flight you can usually change your assigned seat for free at the check-in desk.

BE FLEXIBLE
Be willing to fly from a different City, to a different City. We often fly from the USA to Copenhagen, Oslo, or Stockholm - whichever is cheapest. Then, we get a $50 flight from there to London, Paris - or wherever. The stop off is part of our vacation. Stockholm is a beautiful city, and the museums are world class - and all in one location!If you save $1000 by flying on NORWEGIAN to Oslo, then do it!

Can't get to a Norwegian hub, or just want to fly closer to home, or on exact dates? The best place to look is

All you have to do is put in your date,and the airport you wish to fly from and to, and Sky Scanner will find you the very best price.

Although we advise booking early on NORWEGIAN  and LEVEL, often the best prices on CANADIAN AFFAIR and AIRTRANSAT are last minute deals - within a month of travelling, and even better, within a week. They have great deals, but is it worth the risk of there being no seats left at that price? Weigh it up. But again, if you are able to get a cheap flight to the US to fly with NORWEGIAN - you will be able to get the lowest prices.

Yes, we know that occasionally you'll find a sale price offered by British Airways, Air Canada and Virgin Atlantic - but we have never found the lowest price on any of these airlines. If you want to travel cheap - be willing to travel with a few less frills. 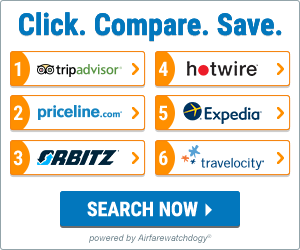 Fly within Europe for Cheap

Yes, you really can fly almost anywhere in Europe for $50 or less. In fact, that's our limit - $50. Sometimes, instead of saying I need to go to Paris on such a day, we will say "where can $50 take me in this particular week." By being flexible on dates and location we have been able to fly as far as Morocco and Malta for under $50 each way! In fact, Malta was only $35. We once took a flight to Italy for $20. Where do you find these cheap deals?

If you land in Copenhagen, Oslo or Stockholm use NORWEGIAN to fly all over Europe for less than $50. You can even get to London Gatwick on NORWEGIAN for less than $50. If you find yourself in the UK, use EASYJET or RYANAIR to fly across Europe for $50 or less. But always have a look on the VUELING site as well because they fly all over mainland Europe for cheap, though we find their carry on allowance less generous than Ryan Air or Norwegian. RyanAir currently allows 2 carry on bags, though they may restrict that soon.

There is often FREE WI FI on Norwegian flights within Europe.

BE FLEXIBLE
And always book early with these airlines. They don't do last minute deals! They work on the premise that they can offer really cheap deals in their advertising as long as they offer a few seats on each flight at that very low price. But once they are sold out (usually 3 months ahead) then all their other seats are sold for higher prices. But, if you book early, are willing to fly late at night or early morning, you can get really cheap deals.

It sounds weird, but be willing to fly to the wrong city. Say you need to go to Rome, but the price is $120. Try Naples, Genoa, Venice or another Italian City that might be $40. Rent a cheap car and enjoy the coastal drive. Make that part of your vacation. Search every city airport within a couple of hundred miles. To go to Croatia, we never fly to Dubrovnik, we often fly to Trieste or Genoa in Italy. Its way cheaper! If you are willing to do this, you will be able to fly for $50 or less.

WHAT ABOUT THE
BUS OR TRAIN?

If you plan on doing a train vacation, travelling every day by rail, then a Eurorail pass may work for you, but generally we don't advise using the train for cheap travel. For occasional journeys always book as far ahead of time as possible. Never buy a ticket on the day, and never buy from a train station. In the UK, try comparing prices on:

We have generally found the cheapest deals on Red Spotted Hanky.

But, why not try a BUS. They are comfortable and take about 4 times the time of a train, but are 4 times less costly! In the UK you can get inter city bus services from just 5 UK Pounds ($7) if you book at least 2 weeks in advance with

Though National Express offer buses across the UK, they are branching out to Europe with some great deals...

Within Europe and the USA, we often use

where you can get long inter city journeys from about $15. We travelled from Toulouse, France to Marseilles (about 4 hours) for $15 in the summer. Again, no last minute deals, the best prices are for booking at least a couple of weeks ahead of time. They use comfortable buses with a toilet on board, and they often have free wi-fi.

Did you know FlixBus operates between Los Angeles, San Diego, Las Vegas and Salt Lake City, Utah? You can travel from just $10. In fact I just took a FlixBus from St George, Utah to Salt Lake City, Utah for $4.99. The nearest bus rival price was $39.

CURRENT OFFERS FROM FLIXBUS!
HAMBURG TO BERLIN $9
FRANKFURT TO PARIS $22
BERLIN TO AMSTERDAM $33

Fly within the USA for Cheap

We love ALLEGIANT and SPIRIT AIRLINES. You can fly all over the USA and beyond from just $35 (if you book 3 months ahead). You can fly across the US for $99. We just booked Las Vegas to Ft Lauderdale for $99, then we are flying on SPIRIT to Columbia (the country!) for $99! SPIRIT offer cheap flights all over the Caribbean and beyond. You'll be amazed.

Again, no last minute deals here, and you'll pay extra for everything. Pack light, bring on your own sandwich and drink - and you'll travel far from just $35.

Make sure you sign up for these airlines newsletter and emails. They will send you those $35 offers often, but they go quickly. If you don't sign up, you'll not get the best deals when they come up.

A variation on the flying to the wrong city theme... this time you book a flight to a city that first of all stops off at the city you really want. Sounds weird, but you can save hundreds of dollars on a single flight. For example, I needed to fly to Toronto from Salt Lake City, but booked a flight to Montreal instead. It stopped off in Toronto, where I got off. I didn't get on the Montreal portion. I saved over $200 by not booking to Toronto, although that's where I flew to. How do I do this? Easy! Find your cheapest next flight at

You may also want to compare cheapest flight prices offered on

We have friends who always use Skyscanner - especially for international journeys, but for the US we usually find cheaper prices through Skiplagged, or by using Allegiant, Spirit or JetBlue. 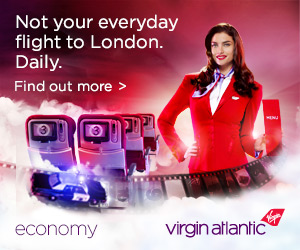 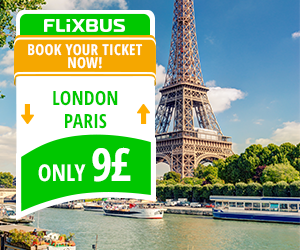 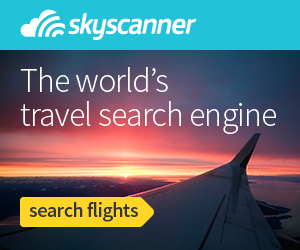